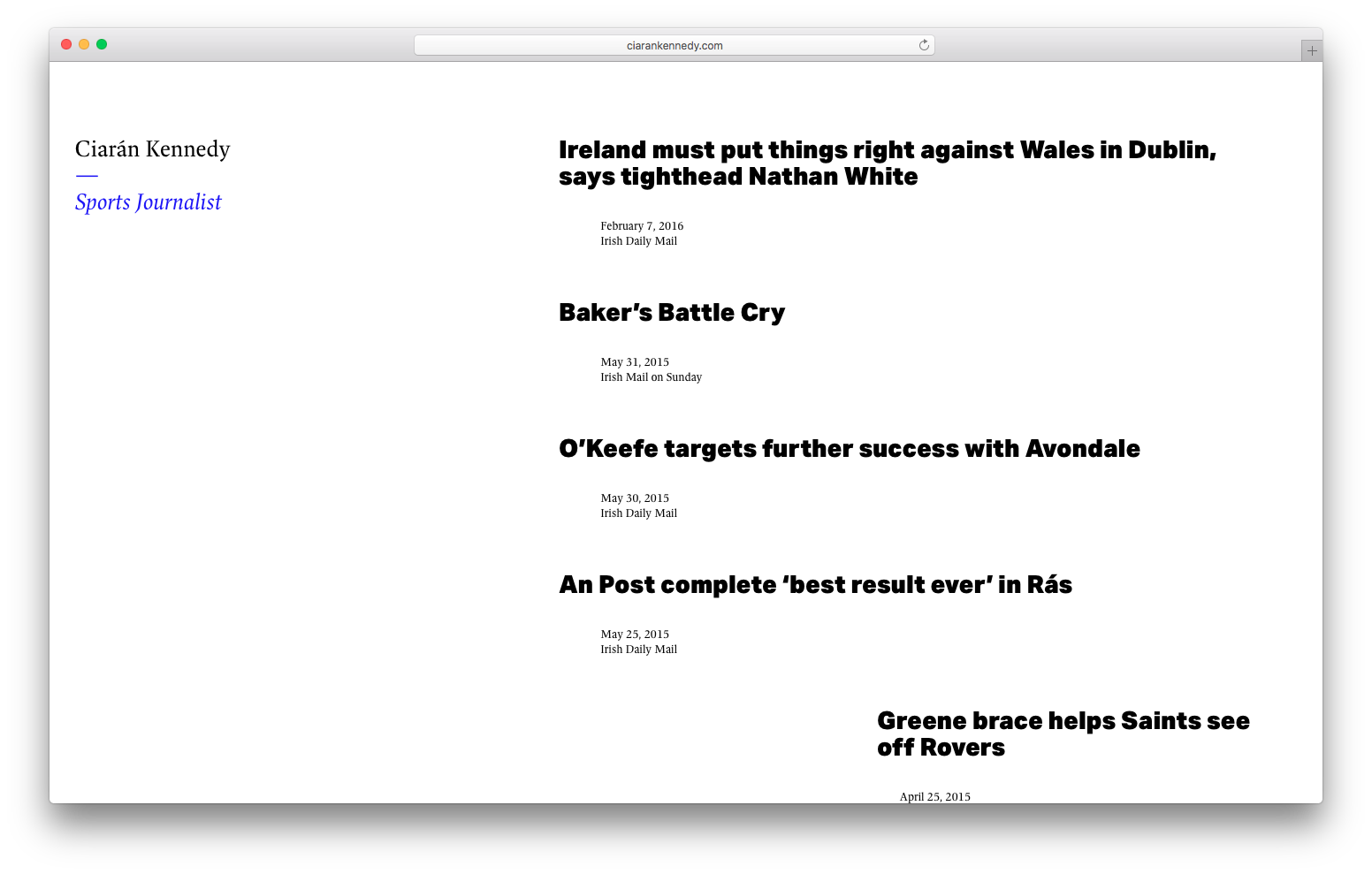 A long-time friend of ours, Ciarán Kennedy approached us in 2015 to create a website to house his work in the area of sports journalism. The brief was delightfully open, the site simply had to display his writing in a clear and concise way and act as a sort of chronological archive.

A large part of our process was invested in thinking about the idea of time, particularly how it can be visualised in different situations and settings. We felt that by visually representing progress we could give a sense of time and context. This became the fulcrum for the approach to the whole site. By creating a system where the progress—whether it be through the list of articles, or depth into an article in its own right—not only provides a sense of place but reveals previously hidden details and aspects of navigation as it reaches its culmination. 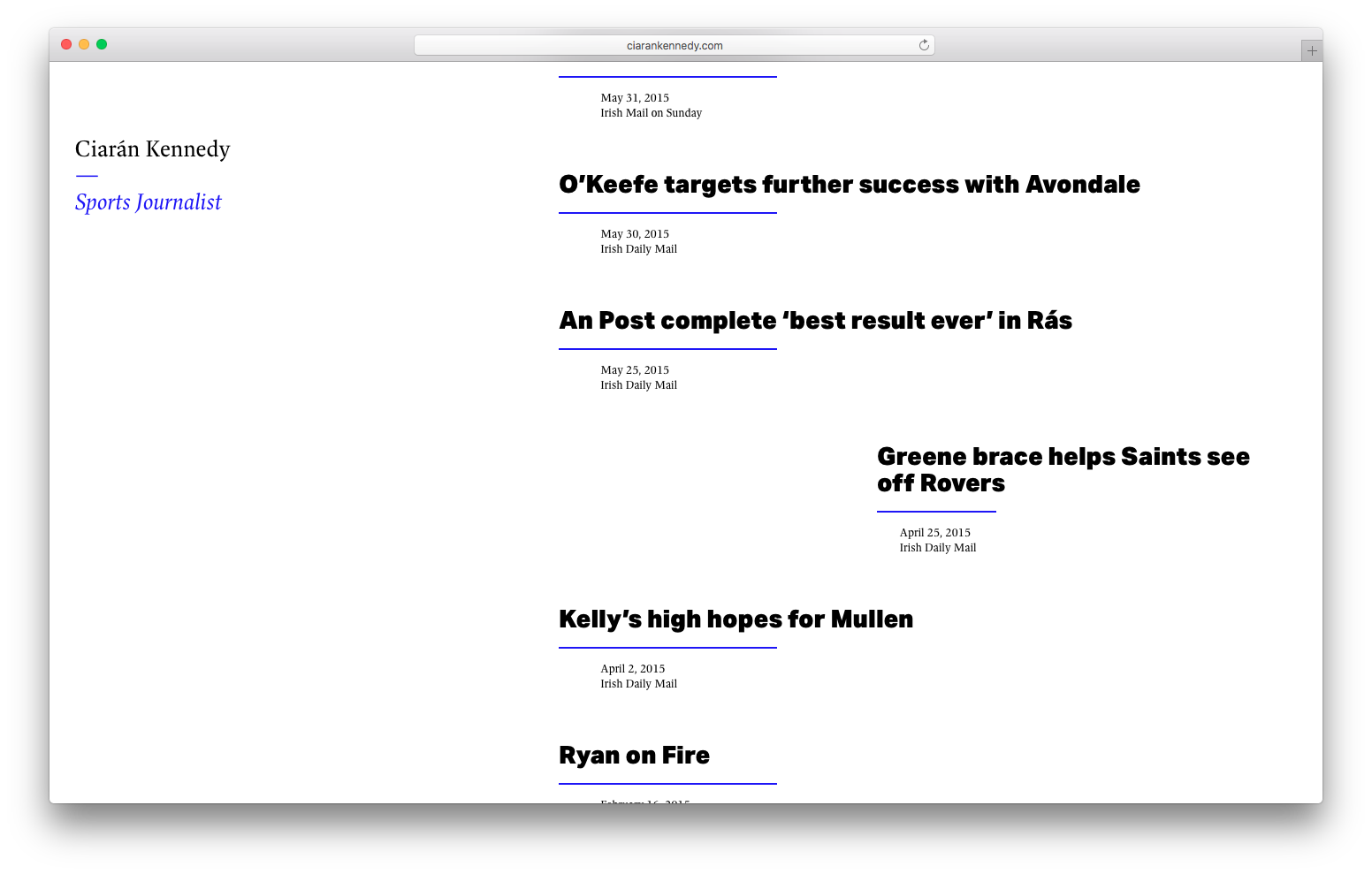 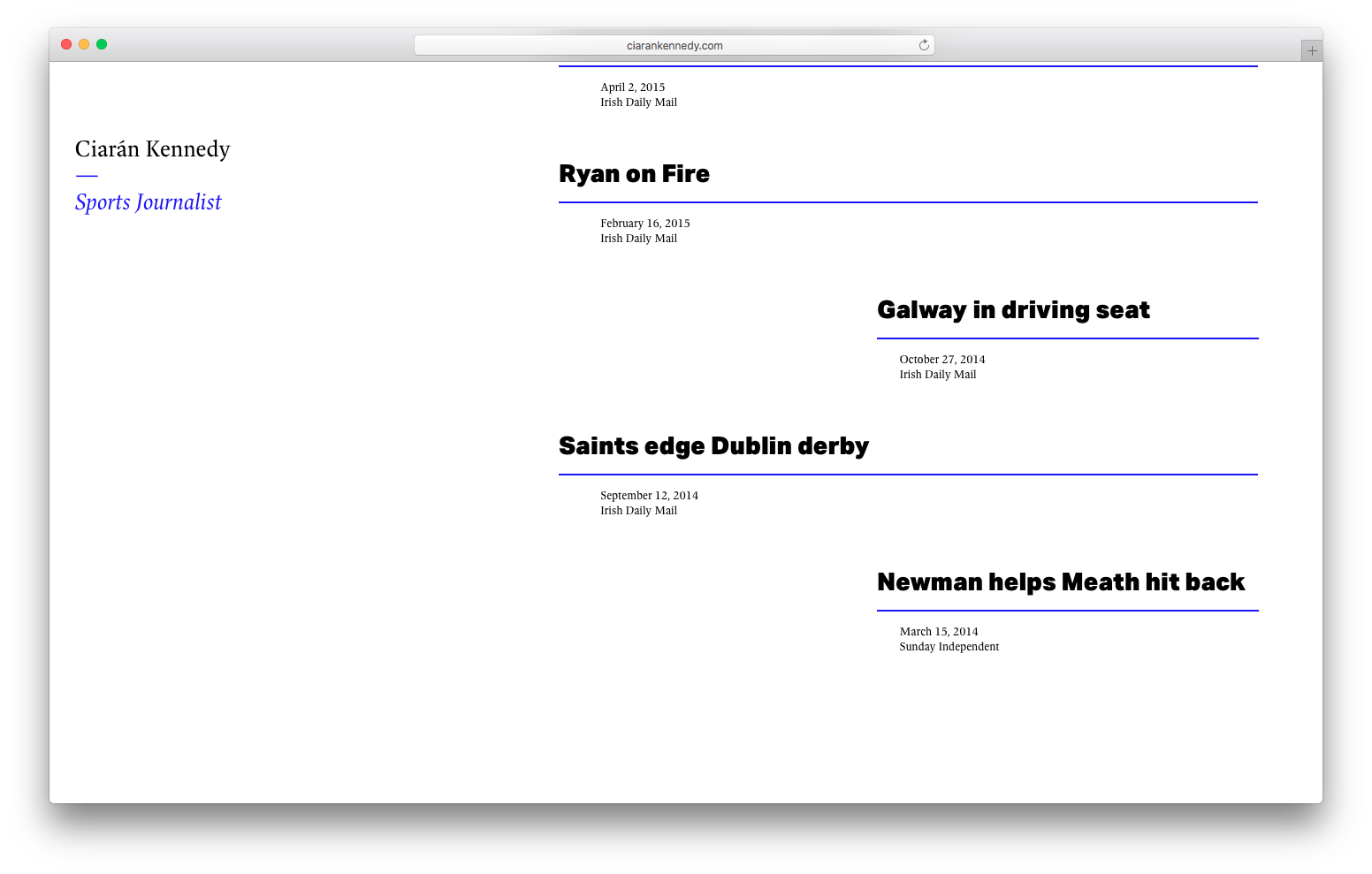 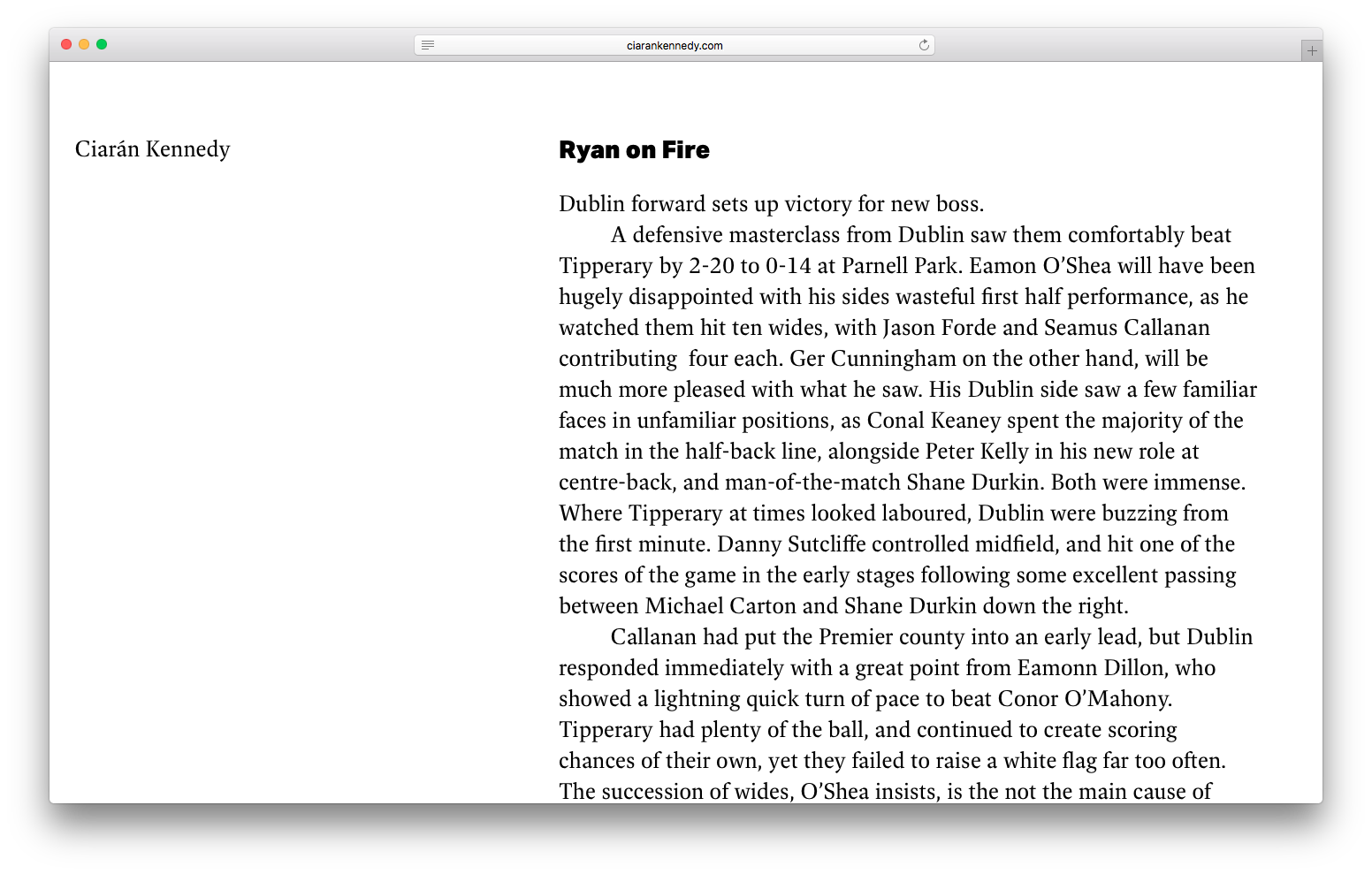 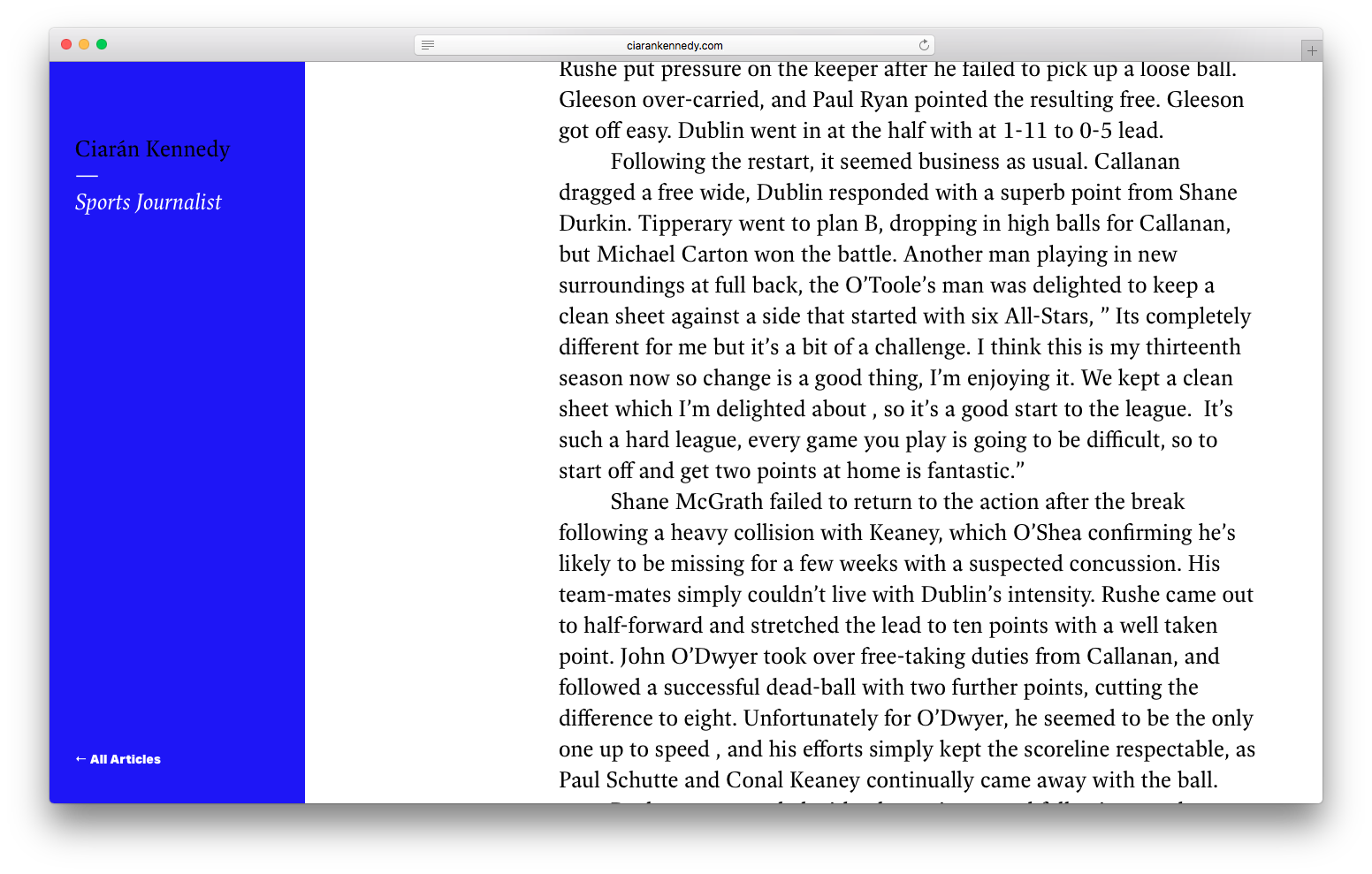 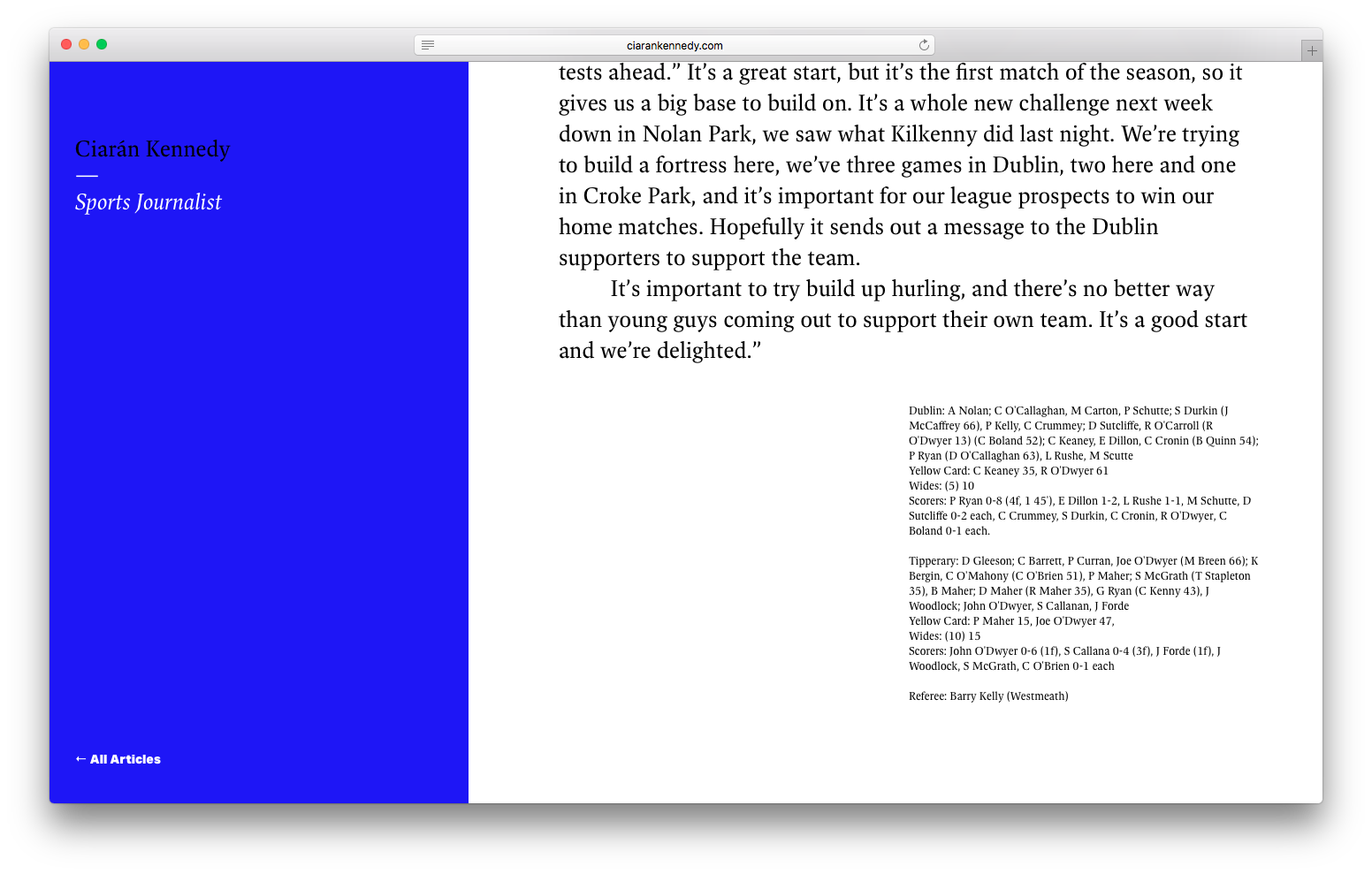 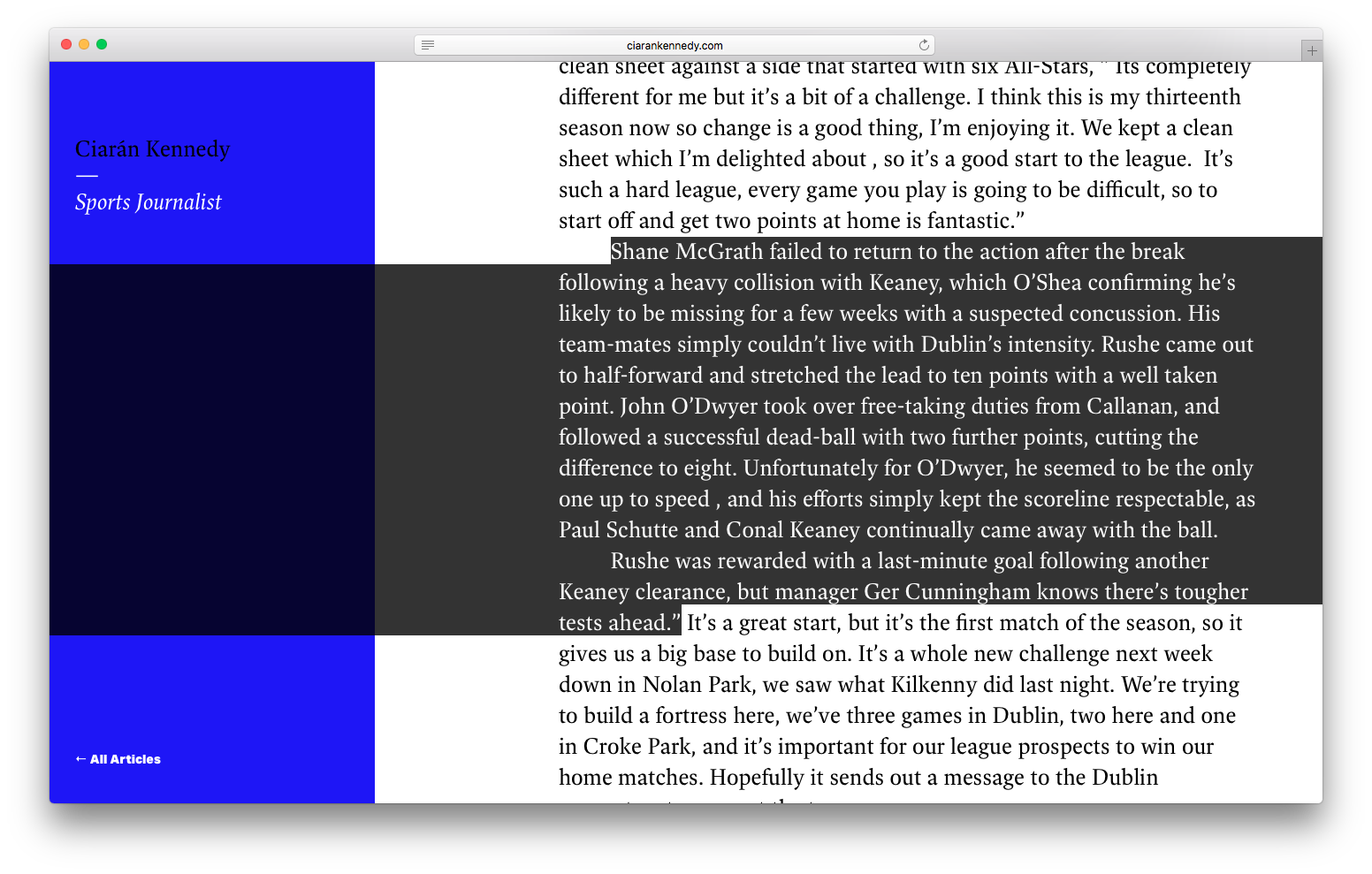